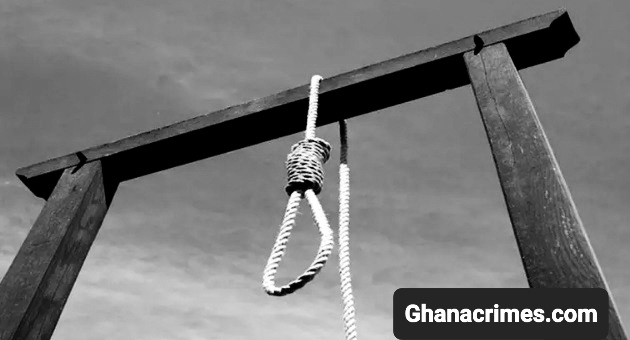 In what is thought to be a murder-suicide, a young mother was discovered lifeless hanging in Ajoa, a village in the Ahanta West Municipality in the Western Region. Alongside was discovered a young man who was thought to be the unnamed woman’s son hanging from a tree. The incident’s details are terrifying, but eyewitnesses claim they saw the young mother and her son’s motionless bodies in the early hours of January 18, 2023.

“Her son might be around four years old, and she might be in her early twenties. Both their origins and the identities of any of their relatives are unknown to us. They are still there on the ropes, according to Nana Yaw, an eyewitness. The boy’s hands were bound before he was hanged, while the woman hung straight from a dry line rope.

Robert James Yankey, an assemblyman from Ajoa, reported that the woman had been observed begging the day before at around 4 o’clock. “According to information I’ve gathered, residents in the neighborhood noticed the young woman and her youngster begging for money yesterday at 4 pm. They were not seen again until this morning, when we discovered them dead inside the unfinished structure. Since we do not know her in this town, we think she is an outsider.