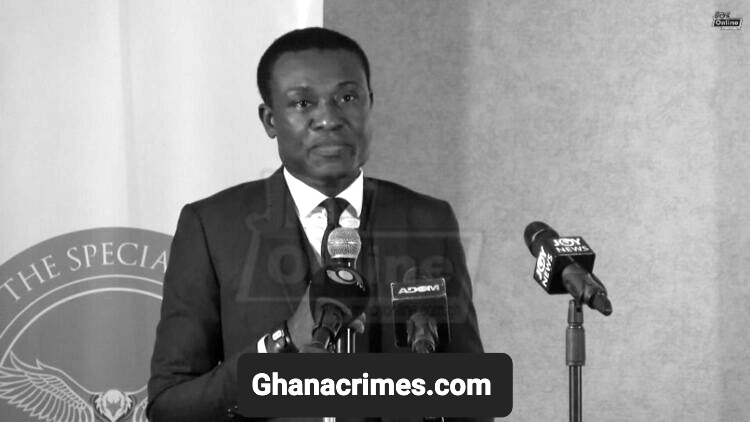 The Special Prosecutor, Kissi Agyabeng, has ordered for the criminal prosecution of the Chief Executive Officer of the Northern Development Authority (NDA) and his two deputies. The Special Prosecutor’s report cited Sumaila Abdul-Rahman and his assistants, Stephen Yir-eru Engmen and Patrick Seidu, for violations of the Public Procurement Act, 2003 (Act 663) in the actions of NDA and A&QS Consortium Limited.

Andrew Kuundaari, the chief executive of A&QS Consortium Limited, was also mentioned and will be prosecuted for his part. The two NDA deputies have already been ordered to leave by President Akufo-Addo. In response to a petition filed by Martin Kpebu in June 2022, the OSP subsequently launched a formal investigation into the NDA’s operations. Before Mr. Kpebu’s petition, a former NDA CEO petitioned Akosua Frema Osei-Opare, the Chief of Staff, regarding a fraud concern concerning his successor.

In the petition, Dr. Sulemana Anamzoya charged his replacement, Sumaila Abdul Rahman, with faking his signature and misrepresenting data in order to cash in a contract worth 10,400,000. The two-page petition, which included a copy for President Akufo-Addo, described the fraud conducted under Sumaila Abdul Rahman’s direction by the management. The Office of the Special Prosecutor was then alerted to the situation by Mr. Kpebu.

In sections of his appeal, he pleaded with the prosecutor to “please examine the cases mentioned above in accordance with your mandate as by law stipulated in the Office of Special Prosecutor Act, 2017 (Act 959) to save mother Ghana the millions of Ghana Cedis we risk losing.”

The Special Prosecutor after detailed investigations revealed in a statement that “Mr. Abdul-Rahman, Mr. Engmen, Mr. Seidu, and Mr. Kuundaari intended their actions to, and their actions did in fact, directly or indirectly influence the procurement process to obtain an unfair advantage to A&QS in the procurement for consultants by NDA under the IPEP by increasing the approved procurement total contract sum of Five Million Seven Hundred and Twenty Thousand cedis (GH¢5,720,000.00) by an amount of Four Million Six Hundred and Eighty Thousand cedis (GH¢4,680,000.00) to an amount of Ten Million Four Hundred Thousand cedis (GH¢10,400,000.00) without lawful authority.

“Mr. Abdul-Rahman, Mr. Engmen, and Mr. Seidu intended their actions to, and their actions did in fact, directly or indirectly influence the procurement process to obtain an unfair advantage to A&QS in the procurement for consultants by NDA under the IPEP by pushing through and/or approving and/or contributing to approve and/or contributing to cause the approval for payment to A&QS two invoices totalling GHC8,328,840 and exceeding the approved procurement total contract sum of GH¢5,720,000 by an amount of GH¢2,608,840 with a further outstanding amount of GH¢2,071,160.00, without lawful authority.”