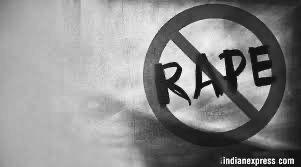 Francis Dzata, a 30-year-old farmer, has been given a seven-year prison term for defiling a fourth-grade student who was 13 years old. The defendant pled not guilty to the accusation when he appeared before the Hohoe Circuit Court on August 17, last year. Dzata received a prison sentence after being proven guilty.

The prosecuting attorney, Chief Inspector Charles Aziati, informed the court presided over by Mr. Michael Johnson Abbey that the victim’s biological mother is the complainant, a farmer. He claimed that the prisoner was a farmer who lived in Tafi Atome and was from Kadar, Togo. According to Chief Inspector Aziati, the victim answered nature’s call at Tafi Atome’s school restroom on June 6, 2021, about 1400 hours.

He claimed that the inmate, who was seated next to the latrine under a mango tree, jumped on the victim as she was cleaning herself after using the restroom. He claimed the inmate forced the victim to the ground and forcibly defiled her, warning the victim not to reveal the act to anyone, but the victim immediately told her mother about the incident as soon as she arrived home. He claimed that after the occurrence, the complainant told a former Unit Committee Chairman who had testified in the court about it, and he organized other locals to apprehend the convict and bring him to the Golokuati Police Station with a formal report.

A Police Medical Report form was created, according to Chief Inspector Aziati, to convey the victim to the hospital for examination and treatment. He said the endorsed medical form confirmed broken hymen, laceration of the vaginal wall and bleeding to attest to forceful penetration, hence, the jail sentence.