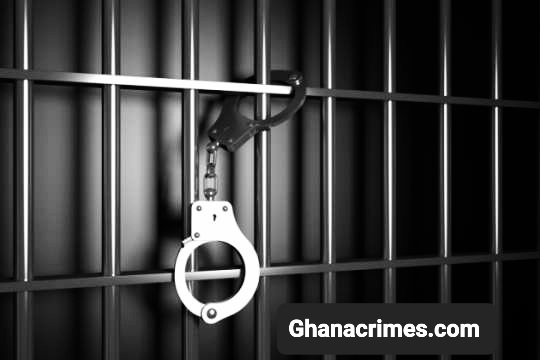 A commercial sex worker has been placed in police prison following an accusation of human trafficking by the Accra Circuit Court. Favour Success, 17, the victim, and other individuals were sent from Nigeria to Ghana to be employed in cybercrime, although Osahenvimwen Raymond has denied receiving them. On January 31, 2023, he will be hauled back before the court.

Both the complainant/victim and Raymond, the accused person, are Nigerian citizens who live in Kwabenya, according to DSP Emmanuel Nyamekye, who testified before the court presided over by Mr. Samuel Bright Acquah, who is filling in for Court 8’s regular judge.

He claimed that in 2022, the accused allegedly used his syndicate to recruit the complainant and 17 other victims in Nigeria to work as his agents under the pretense that the accused was a successful businessman in Ghana who could help them advance in life. According to the prosecution, the victims were put on a bus in Nigeria with instructions to the accused’s residence in Ghana after being duped by the accused and his agents. The victims followed the directions to the accused’s home in Kwabenya after arriving in Ghana, the court was told, and he reportedly began using them for internet fraud.

According to the prosecution, the victims tried everything to get the defendants to let them go so they could go back to Nigeria but all their attempts were in vain. He claimed that the complainant grew frustrated and got in touch with his older brother, a police officer in Nigeria, who also connected with the Police Intelligence Unit, which resulted in the arrest of the accused. Following an investigation, the accused was accused of the crimes and brought before the court. Bail was opposed by the prosecution on the grounds that the defendant was a foreign national and might easily evade it.