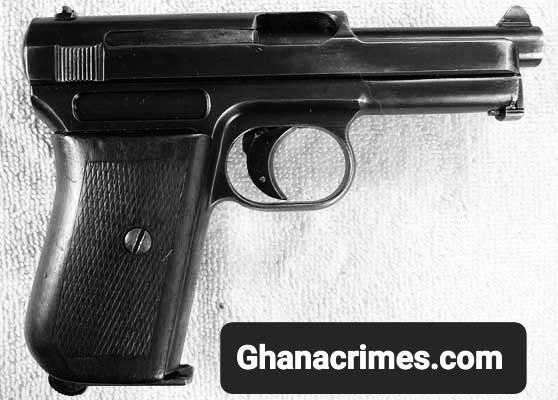 A carpenter apprentice has been remanded by an Accra Circuit Court for allegedly illegally carrying a revolver weapon. Bright Yaw Essuman will return to court on January 26, 2023, despite having denied the offense. Essuman, the accused individual, was enrolled in a carpentry apprenticeship at Okponglo near East Legon-Accra, according to Police Chief Inspector Samuel Ahiabor, who testified before the court presided over by Mr. Bright Samuel Acquah.

A team of police officers on normal patrol discovered information that the accused was in possession of a foreign revolver weapon and looking for a potential sale, the Court was informed. When the patrol team arrived at the accused person’s location, he claimed they discovered him there with another person. He claimed that when they saw the police approaching, the two fled but were pursued by them, leading to their arrest.

The foreign revolver weapon was found after a search of the accused, according to Chief Inspector Ahiabor. According to the prosecution, the accused admitted during investigations that he did not have a document protecting the firearm since he had discovered it in a kiosk near Okponglo.

He acknowledged that he and his companion were searching for potential buyers so they could offer the buyer GHS2,000.00 for the firearm. He claimed that while efforts were being made to capture the accused’s at-large accomplice, he was arraigned.