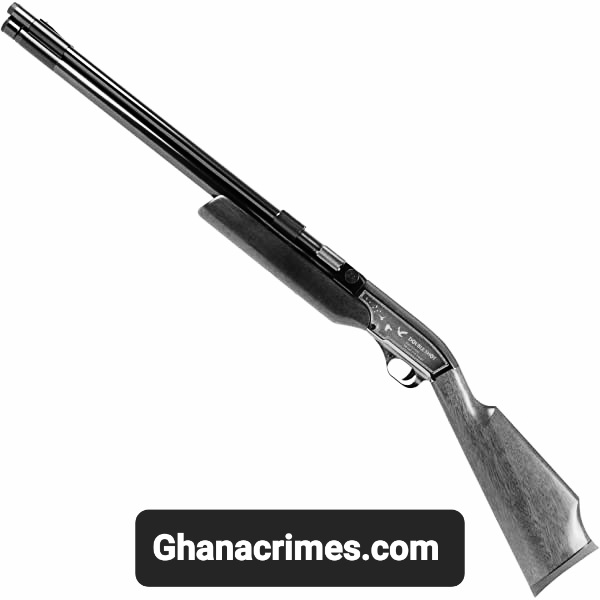 The Ahanta West District Police Command in the Western Region has detained a farmer in his late 40s for shooting his natural son at Ahuntumanu. Following an argument, the suspect, identified as Uncle Awortwe, went berserk and shot his son, whose name has been given as Ankoo, 25, killing him instantly. Assembly member for the area Stephen Ackah confirmed the incident and told Nhyiraba Paa Kwesi Simpson, the host of Connect FM’s Omanbapa morning, how the suspect.

He claimed that the deceased frequented his father’s home in the hamlet of Ahuntumanu while residing in Kwesimintsim, Effia-Kwesimitsim Municipality. “According to the facts I’ve got, the now-deceased son’s terrible attitude has made him a burden to his father. He is from Kwesimintsim and virtually always steals and sells everything in the house when he goes to see his father. “His father has complained on numerous occasions, but he hasn’t changed his negative outlook. So it is claimed that when he went to see his father, he displayed a similar attitude and sought to take his hunting rifle away this time. He pointed to his father, who had shot him out of rage.

The neighborhood members heard gunshots, he continues, and ran to the scene, but it was too late. They hurried to their house after hearing gunshots, but all they discovered was Ankoo’s lifeless body lying in a pool of blood. He continued, “He was already dead. Since then, the Ahanta West District Police Command has started an inquiry to determine what really happened. The deceased’s lifeless body has been placed at the mortuary for an autopsy.